One of the things I love about NiSi is their attitude towards innovation and continuous improvement. As you know, I’ve been working with NiSi for years, not only as an Ambassador but also in product development. Rarely do I find myself in front of companies ready to listen to the requests of us photographers, but with NiSi it’s just like that: attention not only to quality but also to user feedback to create better and better products. If the V3 has been an absolute revolution in the world of photo holders, the road to the V6 has introduced important innovations that today I would find difficult to give up.

So how can you further improve something so well tested that it has become a standard in the world of photography? And it is precisely here that NiSi proves once again to be a step ahead, with the introduction of the new 100mm filters holder NiSi V7 True Color. The NiSi V7 True Color holder is the successor of the V6 of which it inherits the basic structure and philosophy: a holder for 100mm filters that can support a polarizer and up to three filters without vignetting at 15mm Full Frame equivalent (which means that it does not vignette on a 10mm APS-C).
The new features of the V7, developed based on feedback from photographers, focus on three key aspects:

Let’s see now each of these three points in detail.

The new frame holder of the NiSi V7 is as always made of aircraft-grade aluminum (lightweight and durable) with rubberized slots and guides that allow facilitating the life of the photographer in the field in the insertion of the filters even when standing behind the camera.

In terms of size and profile is the same as the holder of the NiSi V6: this means that the shaping of the holder has been optimized to be able to easily insert and remove ND filters even when we have a GND already inserted. An important detail, however, is that the internal diameter has been reduced. This means that now the frame holder offers greater protection from light infiltration thanks to the combined action of the new profile with the sponge gasket of the ND filter.

Another pleasant novelty is that the V6 attachment and locking system has been improved. On the V6 holder was in fact introduced a locking system preventing rotation and release from the main adaptor ring very useful both to replace the filters without losing the position chosen for the GND, and to avoid inadvertently dropping the holder with all the filters mounted. The locking screw and the locking pin were independent of each other, and although in theory everything is perfectly clear and functional, once in the field it was not uncommon to confuse the two screws, as well as not particularly easy to use them with gloves in winter because of their proximity.

In the new NiSi V7 holder, the same well-tested locking system of the NiSi S6 150mm holder has been implemented: the locking screw is on the same axis of the main ring locking pin. The pin works in the exact same way as always, i.e. spring-loaded. To lock the filter holder on the 82mm main ring, just screw the locking screw, and unscrew it to unlock.

The advantage of this system is that it allows us to avoid confusion on the two screws when we are in the field and that it is possible to act on the coupling and on the lock even when wearing winter gloves. Improvement promoted with full marks! One of the great revolutions introduced by NiSi and soon cloned on other systems was the possibility to mount a polarizer directly on the adapter ring mounted on the lens, thus avoiding having to buy expensive 105mm polarizers and allowing to lower the limits of vignetting to 15mm on Full Frame with three filters and polarizer itself as we have already said.

To do this, since V3 the polarizer is mounted on the main ring through a threaded coupling. Although this ensures a perfect seal, given the thinness of the polarizer (necessary to push so low the limit of vignetting) mounting and disassembly have never been too easy especially when we are in the field, and very impractical to do it with gloves. This practicality has been sacrificed until now for the greater good of safety and quality, but this limitation has finally been overcome thanks to the NiSi V7.

During development, several types of alternative solutions were considered and tested, including:

As often happens, it is the simplicity of the mechanics that comes to our aid. The new main ring of the V7 holder is in fact made through a bayonet coupling. Basically, just align one of the white marks on the main ring with one of the white marks on the polarizer and then tap clockwise on the polarizer itself to lock it (and counterclockwise to release it).

In short, I really think they have arrived at the best solution we could wish for to improve life in the field. 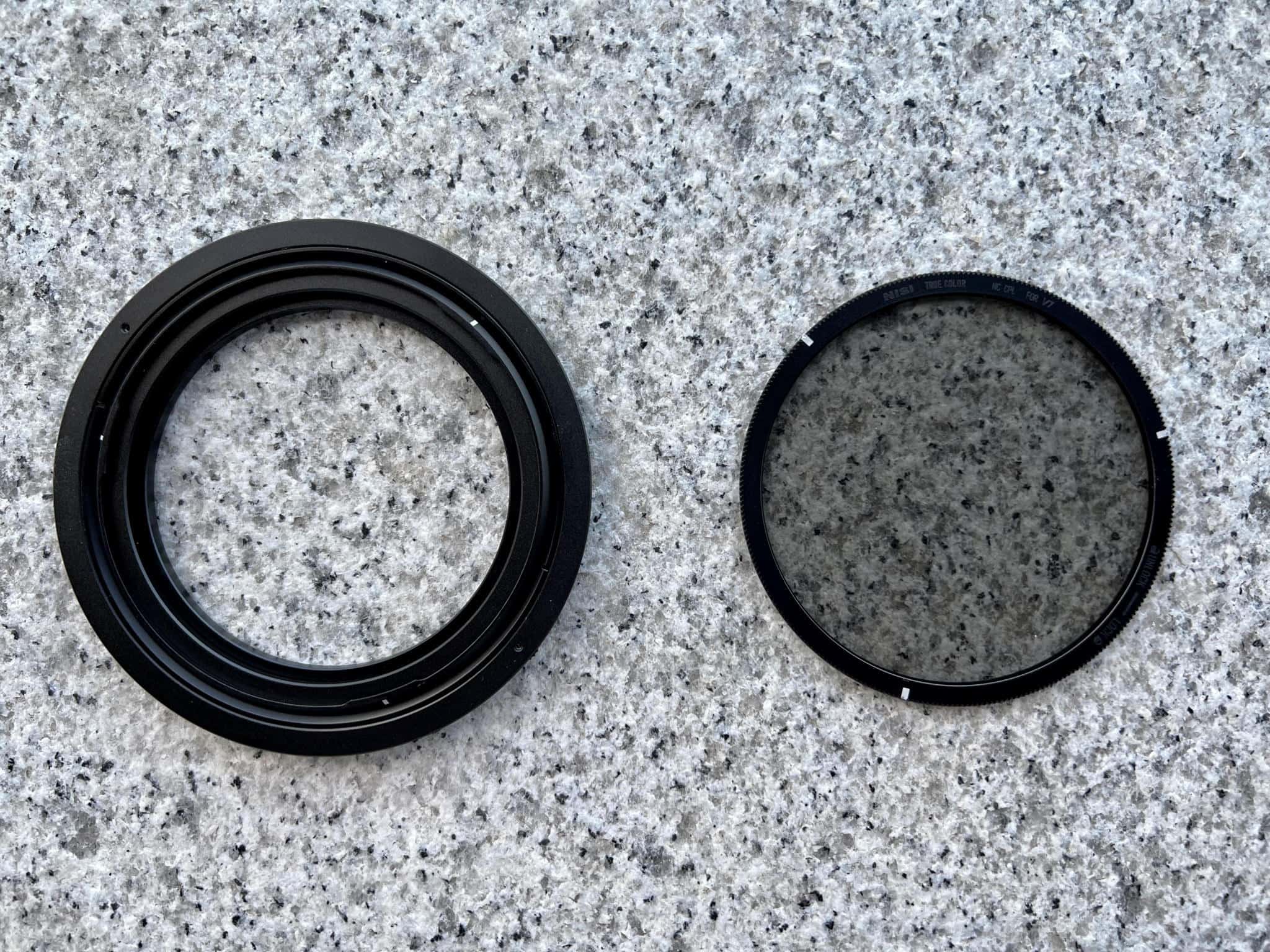 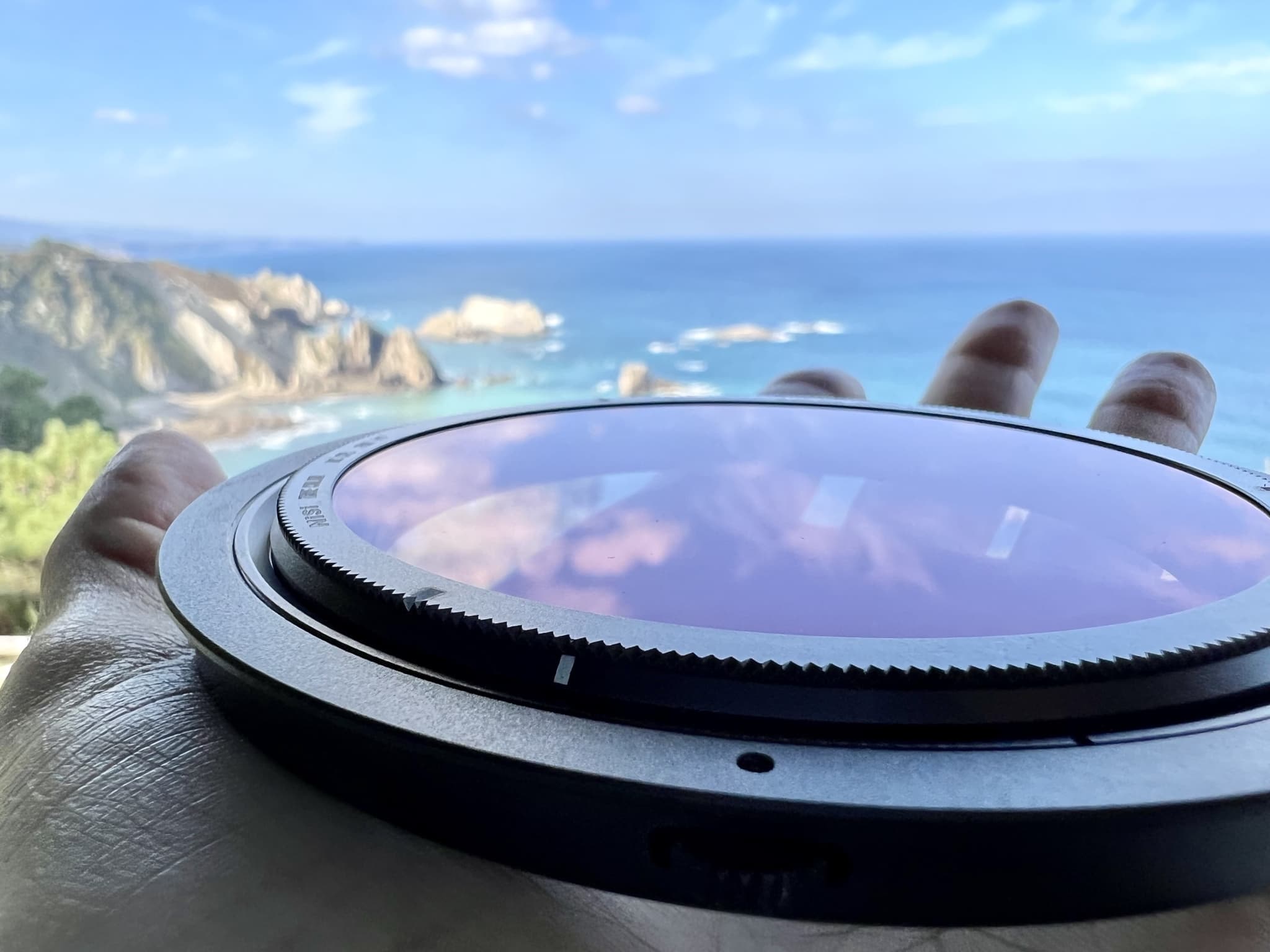 The third major new feature of the NiSi V7 holder is the all-new True Color polarizer. In addition to the new bayonet coupling system seen for the main 82mm adaptor ring, the polarizer has been completely redesigned to give a color fidelity never seen before. Take a look at these images taken with a color checker with and without NiSi True Color polarizer mounted. But how does this polarizer perform “in the real world?”

As you know I’ve always been a big fan of the Landscape Polarizer since it emphasizes the blue channel that is so dear to me in seascape shots, but I must admit that this new True Color polarizer really left me speechless because not only does it really have absolute neutrality, but it also has truly exceptional polarizing performance.

Let’s compare these two images, both taken with the same parameters (including the same GND filter), but one with True Color filter, the other without. As you can see the result is amazing.

At absolute equality of white balance (so both temperature and tint) is not observable to the eye any color difference. Look at the vegetation for example, which remains chromatically identical net of the improvement introduced by the polarization.

As for the polarizing effect, as you can see it is very intense. In this shot (as almost always) I oriented the polarization downward, that is, towards the surface of the water near the foreground. I will certainly continue my tests, but the feeling I have is that the polarization effect is even more intense than with the Landscape polarizer, and certainly more extended in space: this means that NiSi has really made a leap forward in the technology of polarizing films, and I can only be happy! 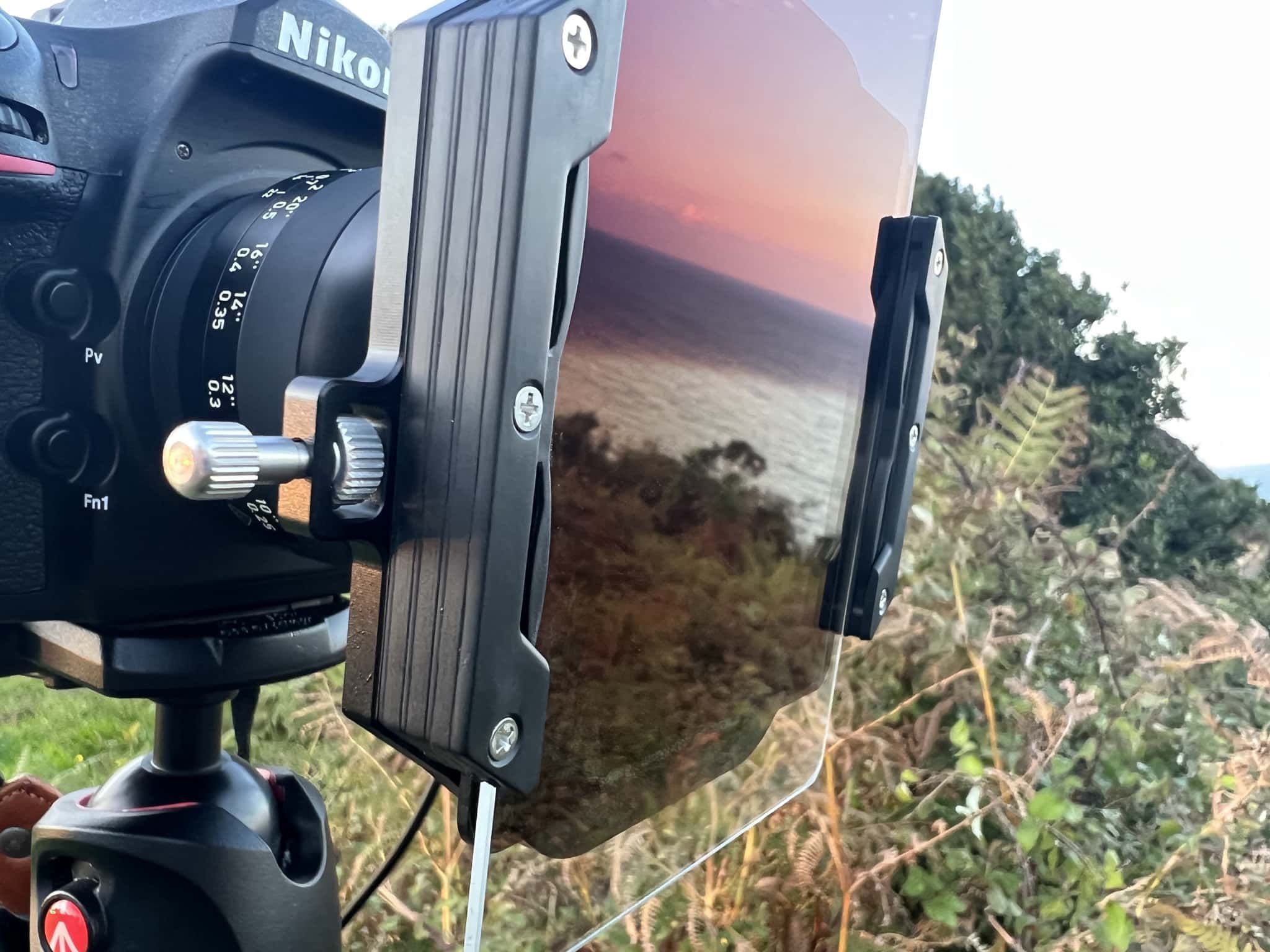 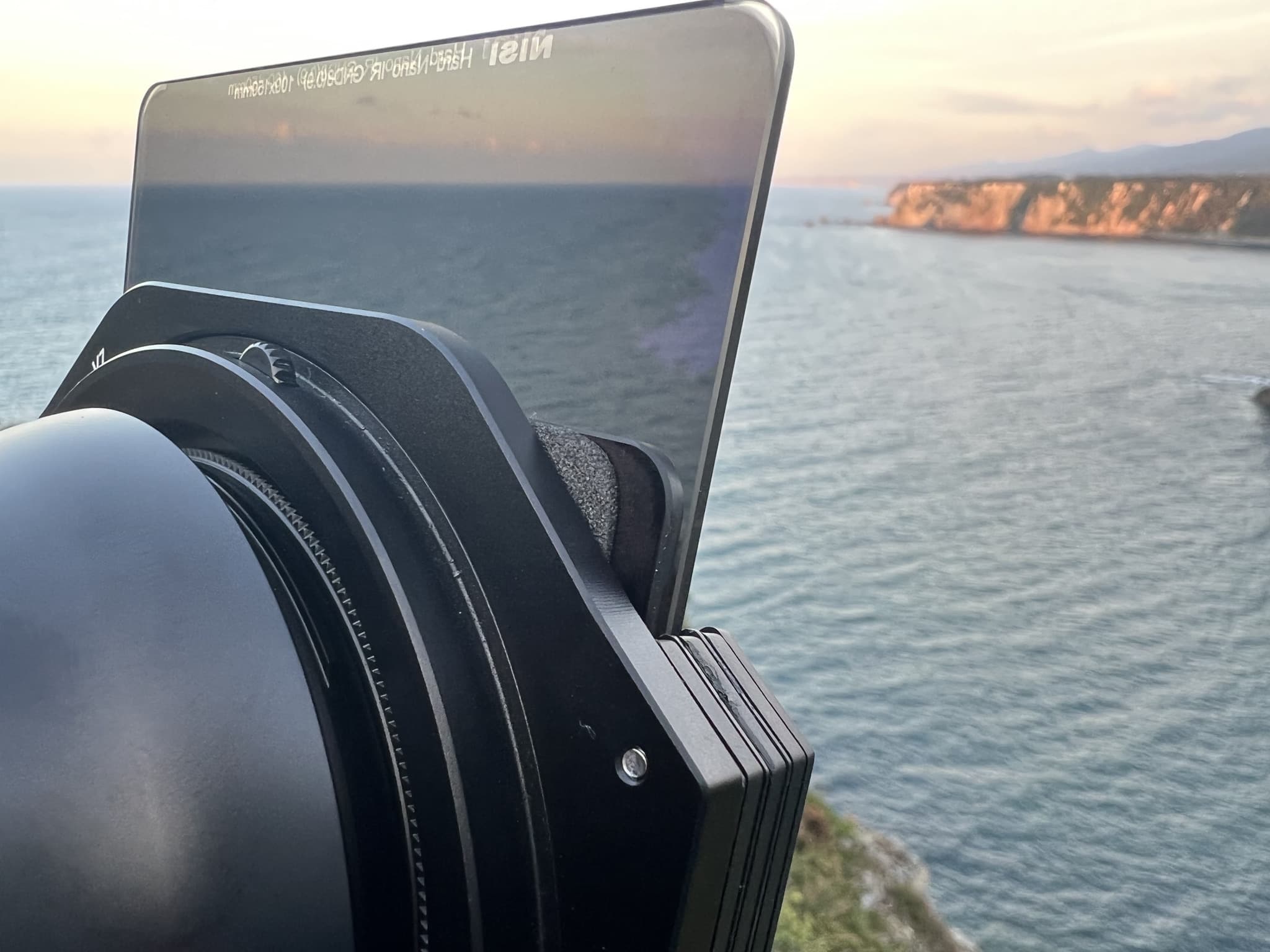 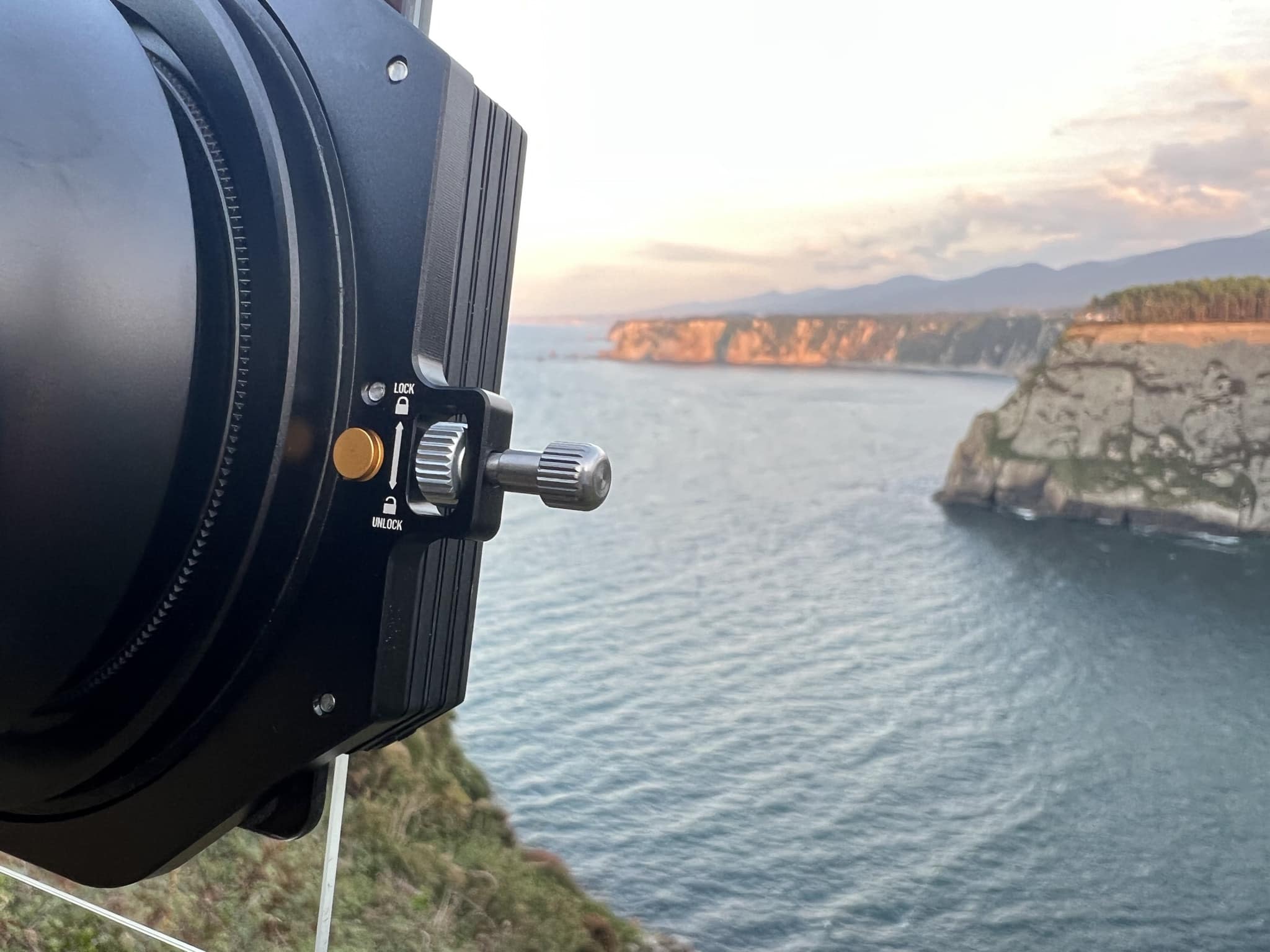 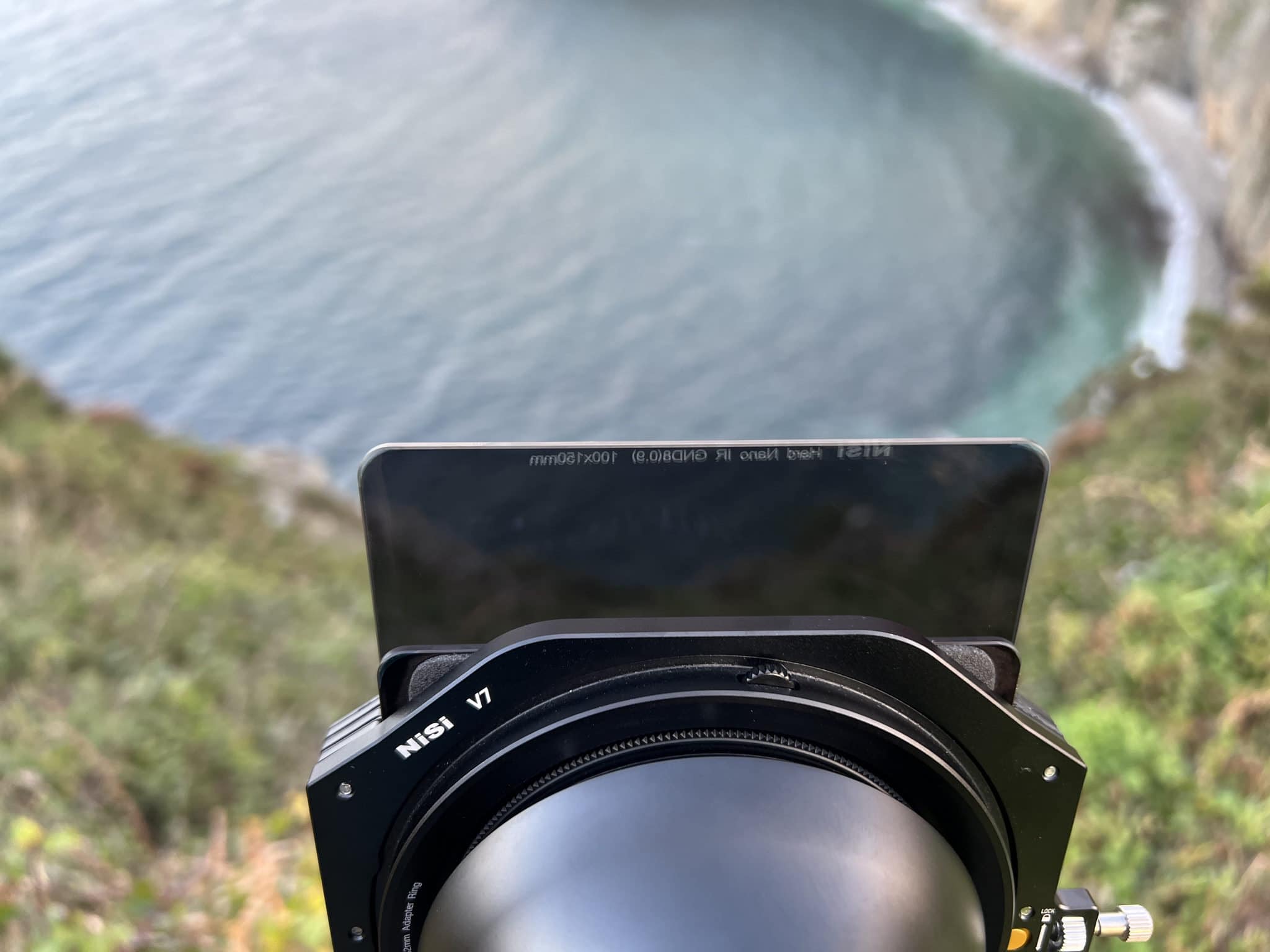 With the new V7 True Color holder NiSi has shown that continuous improvement is not just a nice idea but something that can be applied to products that over the years have become an industry standard.

All the innovations introduced come from the field thanks to the contribution to the development given by photographers, and this results in a product that is not a mere commercial exigency but a product with innovations from which to take concrete benefit.

The new locking system allows us to operate in the field with confidence in any condition and position, which is no small thing if we think that the safety of our precious filters depends on it.

The redesign of the main adaptor ring with the bayonet coupling of the polarizer is something magnificent as it manages to perfectly combine convenience with safety, removing the limitations of the thread and leaving room for a system that allows us to mount and remove the polarizer quickly and smoothly even with thick gloves.

The new True Color polarizer with its unique neutrality and an even higher level of polarization is then the icing on the cake that alone would justify the purchase of the new V7 holder.

The new 100mm holder NiSi V7 True Color is undoubtedly a decisive step forward not only for those who still use holders such as V5Pro or earlier, but is an upgrade that I would recommend even to the happy owners of a V6 holder.

The NiSi V7 True Color filter holder is now available on the official website of NiSi.